#RelationshipMatters – Being Compassionate Instead of Judgmental in Social Media 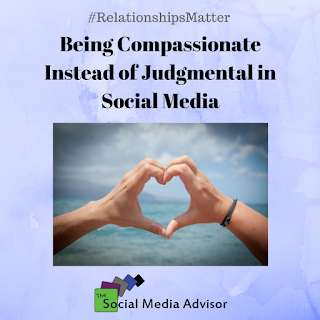 We are all judgmental in some way. Think about it: we see someone, and based on their looks or actions, we judge them. Not necessarily a good judgment, either. It often happens without even knowing the other person. The problem is we become judgmental to feel better about ourselves in the short term. However, being compassionate with individuals instead leads to greater, long-term rewards.
Let’s look at social media as an example. Using social media allows us to express ourselves and provide our perspective, yet sometimes our comments can come across as being judgmental. This sets you up to be critiqued by others in turn.  It is easier to forget about the very real, living being on the other side of the screen. It is a vicious cycle and the only way to get out of it is to demonstrate compassionate behavior that others will want to copy.
How can you be compassionate on social media rather than judgmental? Here are some simple tips.
If you can’t say something nice, say nothing at all – This old adage is one we all heard growing up whenever we said something mean to another person. It is a concept to keep in mind when interacting on social media as well. Before hitting submit, think about whether or not it is a comment you would like to receive. If the answer is no, then it is best to not send it. The same goes for your own posts, flip the script and imagine it was directed at you instead.
“If you can’t think of anything nice to say, you’re not thinking hard enough.” Kid President
Watch your language – If you truly want to share your opinion and help someone, consider the way in which it is presented. Instead of telling the individual what they must do, suggest how you might do it instead. Avoid using words that are overtly negative, patronizing, or demanding. Instead use phrases such as ‘I find using such and such easier’ or ‘Personally, I prefer…’ this way you are demonstrating what suits you while providing them an alternative option.  The use of “I” statements is an effective technique in conflict resolution because it forces people to examine their own feelings and actions instead of pointing a finger at another.
Accept we are all different – What might work for you will not necessarily work for someone else. Why make them feel wrong for not doing things the same way as you?  For example, someone has chosen to use a particular system and is looking for help on it. Rather than tell them how the system you use is far superior, provide a few tips on making their current system easier to use. Perhaps they chose to do something for their own reasons or circumstances, which are probably far different than yours.
Once you are aware of behavior that comes across as judgmental you can start to change it into more compassionate behavior instead. Not only will you come across as a nicer person, but people will be less judgmental of you in return.

“Be somebody that makes everybody feel like a somebody.” Kid President 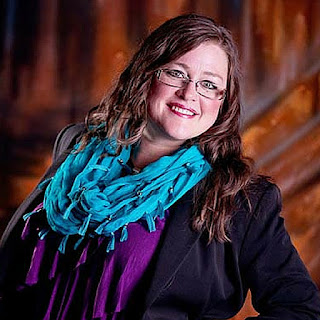